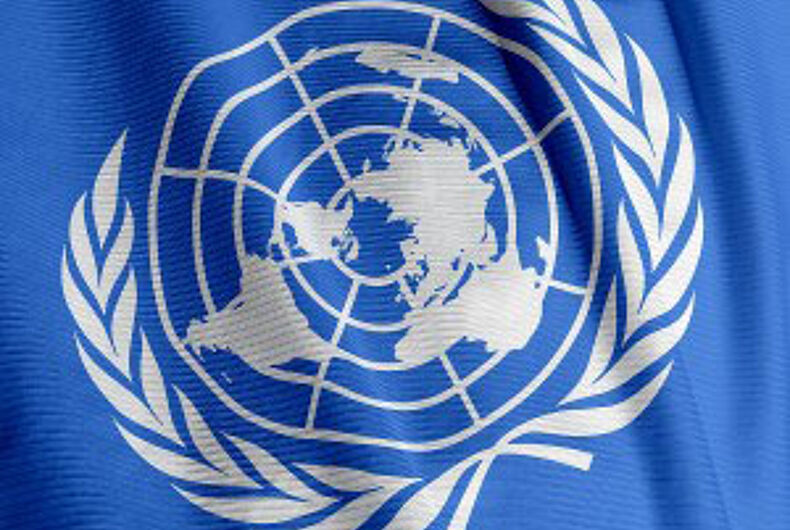 The Obama administration, on Tuesday, introduced a declaration to the United Nations calling for better treatment and protections for LGBT people internationally.

The declaration, announced at the Human Rights Council in Geneva, has the support of more than 80 countries, according to a report by the Associated Press. The document demands that countries end persecution of gay people and asks the U.N. to review how governments treat their gay citizens.

In a statement, Secretary of State Hillary Clinton said “Gay rights are human rights and human rights are gay rights. We will continue to promote human rights around the world for all people who are marginalized and discriminated against because of sexual orientation or gender identity. And we will not rest until every man, woman and child is able to live up to his or her potential free from persecution or discrimination of any kind.”

In opposition to the proposed declaration, The Family Research Council, an SPLC-certified hate group released a statement saying “Our global neighbors have the freedom to believe that homosexuality is wrong — just as they have the freedom to legislate against any behavior they think is harmful to society. That freedom — and their very sovereignty — would be threatened by this effort.”

The move represents a break on the part of the U.S. from the Bush administration, which declined to support a 2008 document written by the French government similar to the one being proposed.

The new resolution now has support from Thailand, Rwanda, El Salvador, Honduras, and the Dominican Republic, which did not support the 2008 document.

Homosexuality is still punishable as a crime in at least 85 countries, including Afghanistan, Iran, Sudan, and Ghana.