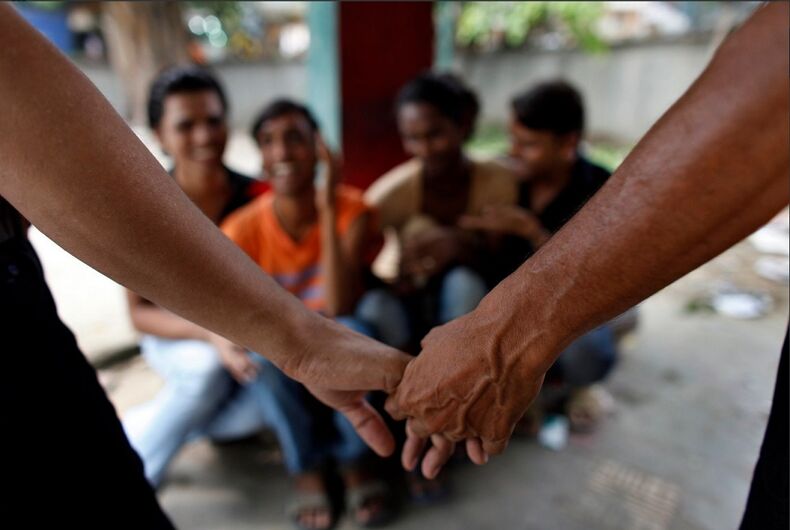 In a historic ruling, India’s Supreme Court ruled that homosexuality is no longer a criminal offense.

A colonial law, section 377, banned “carnal intercourse against the order of nature,” and has been interpreted to include sex between two people of the same sex. It carried a maximum penalty of ten years in prison.

In 2009, the Delhi High Court declared section 377 unconstitutional, and the ruling applied to the entirety of India. In 2013, however, the Supreme Court overturned the Delhi court’s ruling.

One judge on the five-judge panel, Indu Malhotra, said that “history owes an apology” to LGBTQ people.

“I’m absolutely elated,” activist Harish Iyer said. “It’s like a second freedom struggle where finally we have thrown a British law out of this country…. I think the next step would be to get anti-discrimination laws in place, or anti-bullying laws.”

“We become equal citizens with the removal of Section 377,” said Ashok Row Kavi, one of the plaintiffs in the case. “Equal rights are accessible for us with this decriminalization.”

But there is still much work to be done.

“You can’t break the fortress in one go,” Kavi added. “Open the door. If the door gets opened, you are inside. Be inside and fight it out.”

The court said that only the parts of Section 377 that concern relations between consenting adults were overturned. The law also bans bestiality, and the court said that the ruling does not necessarily extend to matters like marriage.

UNAIDS welcomes the decision of the #SupremeCourt of #India to annul key provisions of #Section377 that criminalizes sexual relations between lesbian, gay, bisexual, transgender and intersex (#LGBTI) people. https://t.co/B1czmKwMiH pic.twitter.com/5XSRXxjc0f

This one’s alive: A tribute to the soldier who taught straight Christians how to love gay people