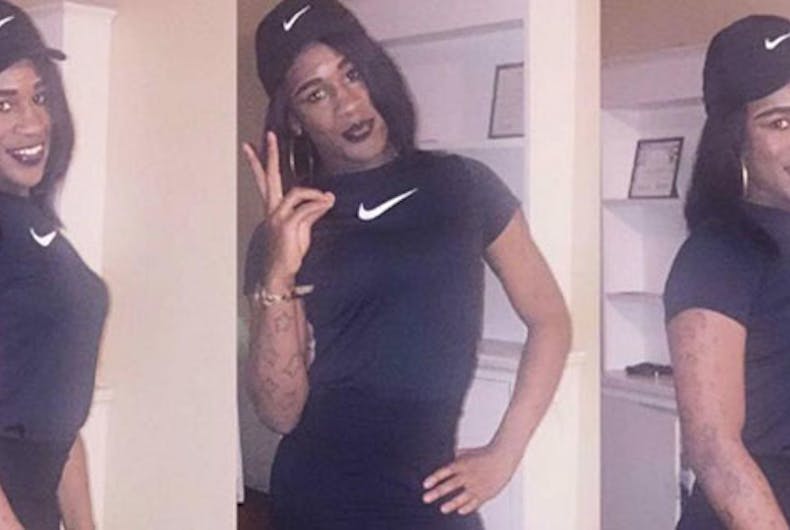 2017 is just shy of nine weeks old, and already police across several states are investigating seven murders of transgender Americans: all of them thus far are were trans women of color.

Jaquarrius Holland of Monroe, Louisiana, was 18, and although she was killed Feb. 19, misgendering by police and news media obscured her tragic death from those who are compiling statistics of this disturbing trend.

According to reports by KARD and KTVE, Holland was shot during an argument. A man named Malcolm Harvey is being sought by police for her murder, say the stations.

Holland was unemployed and did not have a stable living environment, reports Mic.

“She didn’t want to feel like she was intruding, but she didn’t live with her parents or anything like that,” said her friend, Chesna Littleberry. Holland also went by the name Jaquarrius Brown, according to Littleberry, and often used the hashtag #PrettyBrown to describe herself.

Littleberry established a GoFundMe account to raise funds to help her family pay for Holland’s funeral, that has already exceeded its goal of $5,000. Given that Holland’s family had not accepted her female trans identity and still refer to her with male pronouns, the website used both.

Holland’s murder is the third in Louisiana, with two others in New Orleans just last week, Chyna Gibson and Ciara McElveen.

Louisiana’s hate crime laws do not offer protections for gender identity, so the Southern Poverty Law Center says it is unlikely criminal charges will be pursued without federal support for the investigation.

As Autostraddle reported, the murders of trans women in 2017 is on pace to reach a new, all-time high of 36 this year.

Shelby Chestnut, director of community organizing and public advocacy for the organization, told the SPLC the record-pace number of transgender homicides comes at a time when “the Trump administration is rolling back protections for transgender youth. This is totally unacceptable.”

“We need to protect transgender lives at all stages, but especially in youth where they experience bullying, family rejection and violence that affects them throughout their lives,” Chestnut said.

Trans people of color, especially women, are disproportionately targeted for violence and murder, according to data culled by law enforcement and activists. In 2016, a tragic new record was set with 27 trans people murdered; almost all of them were people of color, and the vast majority black trans women.

Here are the victims of 2017 thus far with links to their stories: