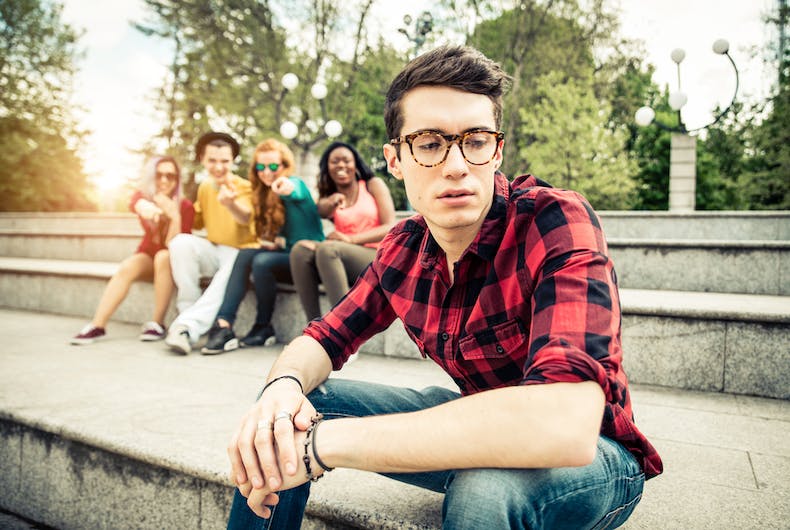 FRANKFORT, Ky. (AP) — A bill headed to Kentucky Gov. Matt Bevin’s desk designed to protect religious expressions in public schools has LGBT advocates worried it will give student groups a license to discriminate.

Senate bill 17 passed the state House of Representatives by a vote of 81-8. It would prohibit school officials from punishing students for wearing religious messages on their clothes and expressing religious or political beliefs in homework, artwork and speeches. It would also prevent school officials from hindering student organizations, including the selection of members, its mission and “its determination that only persons committed to its mission should conduct these activities.”

“All students should have the opportunity to fully participate in school programs, and no public school should have a license to discriminate against LGBTQ students,” Warbelow said in a news release.

A spokeswoman for Bevin did not respond to a request for comment. Republican House Speaker Jeff Hoover said the release from Human Rights Campaign was the first time he had heard of those concerns.

“I can assure you that was not the intent. I don’t think it does that,” Hoover said.

The debate on the House floor did not focus much on potential LGBT discrimination. Instead, most supporters spoke about various high schools in the state that have been threatened with lawsuits for praying before football games. The bill was also partly a response to an eastern Kentucky school district’s decision to cut out Bible passages from a student performance of “A Charlie Brown Christmas” in 2015. Some audience members responded by reciting the lines from the play, the Lexington Herald-Leader reported at the time.

The bill would also allow teachers to provide a secular study of the Bible, including its impact on world history and literature.

“Apparently everybody else has a First Amendment right of freedom of speech, freedom of religion, unless you are talking about Christianity,” Republican state Rep. John Blanton said. “We’re not trying to indoctrinate people; we are simply trying to enjoy the freedoms that were provided to us when our forefathers wrote the Constitution.”

Other lawmakers said students were already freely expressing their religious beliefs in school, with little evidence they were being suppressed. Democratic state Rep. Jim Wayne said he worried the bill would allow Christian students to label gay students as “sinners.”

“It may be a freedom of expression on one person’s part, but another person could be bruised and damaged by that expression,” Wayne said.