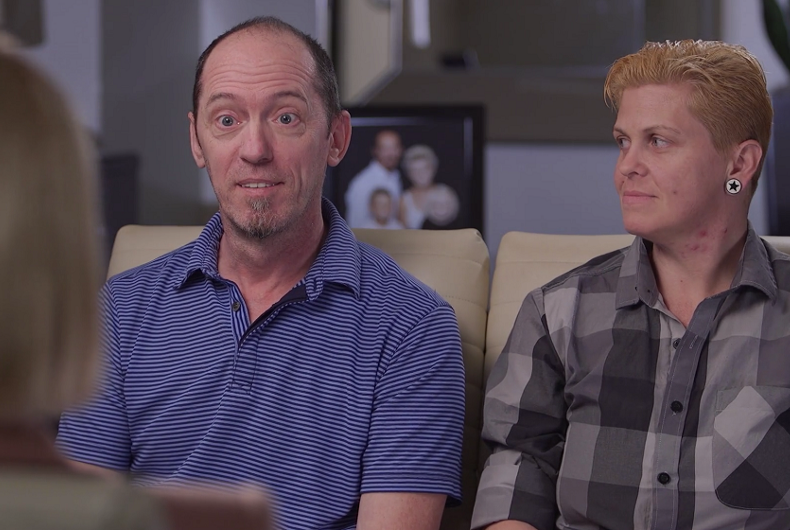 A father and daughter from Detroit are both transitioning together.

She worried about how her parents would treat her. “I wanted to make my parents proud of who I am, but I thought that they would not like me,” Corey told 60 Minutes, an Australian broadcast magazine.

Corey didn’t know that her mother was going through a similar struggle. All his life Eric said that he was desperate to change himself. “When I was younger I used to wish for cancer so I would have to get a mastectomy.”

Inspired by watching a documentary on Jazz Jennings, Eric announced that he too was transitioning. He said, “The first feeling was relief, the second was terror. Fear for what my future would hold, fear for how my family and children would, fear for what the rest of my life was going to look like.”

Eric worried about what his husband would feel. “How do you ask a completely heterosexual man to still love you if you are now becoming a man? That’s not fair.”

But Les says they’re staying together. “I fell in love with the person. She was beautiful as a woman, but equally beautiful on the inside.”

Eric said that his only regret is not learning about what it means to be transgender sooner. “But that’s ok, because I have five beautiful children, I have an amazing husband and an amazing life.”