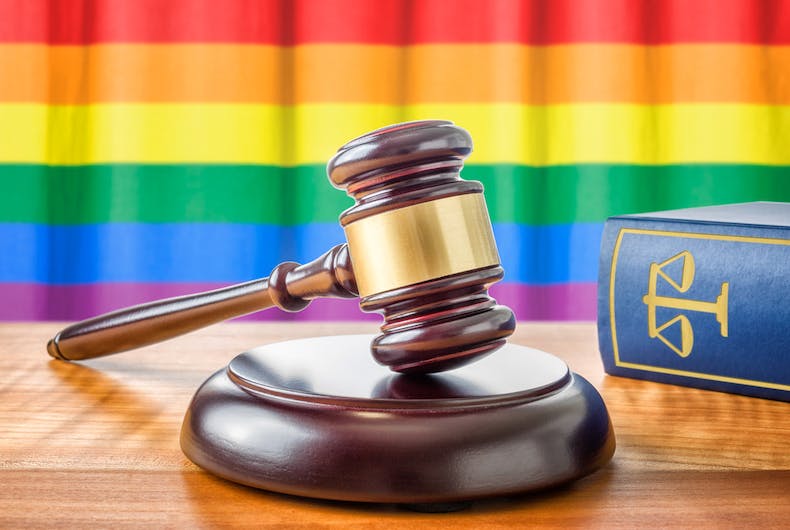 A federal court ruled that a lesbian was not protected from anti-gay workplace discrimination under the Civil Rights Act’s prohibition on sex-based discrimination prohibition, ignoring a Supreme Court precedent in the process, the Washington Blade reports.

Jameka Evans said that she was harassed, and effectively fired from her job at Georgia Regional Hospital, for being a lesbian. Lambda Legal argued on her behalf that Title VII of the Civil Rights Act of 1964, which bars discrimination on the basis of sex, protect Evans from discrimination based on her sexual orientation and gender expression.

But a three-judge panel on the 11th Circuit Court of Appeals ruled 2-1 that Title VII does not cover anti-LGBT discrimination. And while the panel allowed Evans to amend her complaint to alleged discrimination based on sex stereotyping, it ultimately found that “she did not provide enough factual matter to plausibly suggest that her decision to present herself in a masculine manner led to the alleged adverse employment actions.”

U.S. Circuit Judge William Pryor, a George W. Bush appointee who was reportedly on President Donald Trump’s short list for the Supreme Court, wrote in his concurring opinion that Title VII only applies to gender stereotyping, and not sexual orientation — despite the fact that being a lesbian goes against traditional gender norms for women. Pryor previously joined in a 2011 opinion finding that Title VII applies to transgender people. But he also wrote in support of upholding a ban on gay sex in 2003.

Dissenting Judge Robin Rosenbaum, an Obama appointee, wrote that the panel ignored the precedent set by the Supreme Court in its 1989 Price Waterhouse decision finding discrimination based on sex stereotyping unconstitutional.

Lambda Legal said in a statement that it will seek redress before the Supreme Court.

“This is not the end of the road for us and certainly not for Jameka,” said Greg Nevins, Lambda’s employment fairness project director. “Keeping your job shouldn’t depend on whether or not you pass for straight. There is no way to draw a line between sexual orientation discrimination and discrimination based on gender nonconformity because not being straight is gender-nonconforming, period.”

An increasing number of trial and appeals courts and the Equal Opportunity Employment Commission (EEOC) have found that existing U.S. law bars anti-gay and anti-transgender discrimination, but no federal appellate court has so far supported this interpretation of the law.