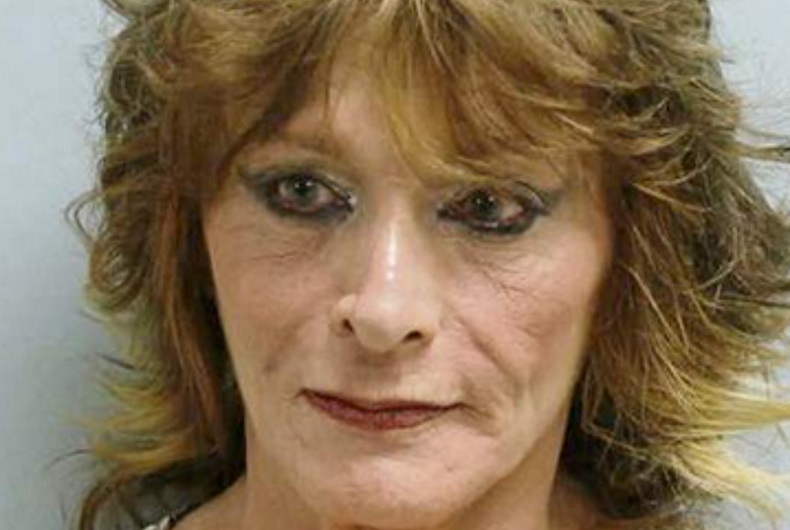 Tammy Felbaum has a history of making threats to public officials.

A transgender woman in Pennsylvania was arrested Monday for threatening to shoot a judge with an Uzi and a “rocket launcher” she claimed to have in her purse.

Tammy L. Felbaum, 58, was arrested when she was going through a metal detector before a scheduled civil court hearing. Police say she made threats and claimed that she had “guns and an Uzi … also a rocket launcher” in her purse, according to the Tribune-Review.

A county police officer alleges Felbaum shouted obscenities at him when she recognized the officer as the person who filed charges against her in a public drunkenness case in November.

She is charged with making terrorist threats and disorderly conduct.

In 2001, Felbaum was convicted of the botched castration of her sixth husband, which prosecutors said she performed in a makeshift lab in her home. She was also convicted of manslaughter related to the husband’s overdose. She also claimed to have castrated her first husband.

This is not the first time Felbaum has threatened government officials. In 2006, she pleaded guilty to writing threatening letters to two judges and other officials. In 2008, she was convicted of making threats while in prison for her husband’s death.