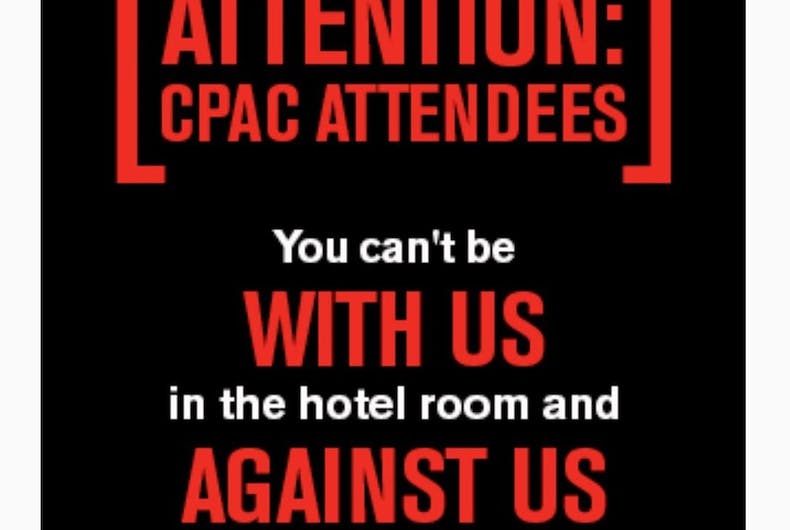 Men using Grindr at the Conservative Political Action Conference (CPAC) this weekend may have seen a geo-specific ad purchased by HRC.

The CPAC is a large annual conference for conservatives and is being held in the Washington, DC, suburb of Oxon Hill, Maryland. The CPAC’s general attitude towards LGBT rights is not positive.

Raymond Braun on Twitter and user StormWarden87 on Reddit both caught an ad set to run in the DC area this weekend on Grindr, a popular gay hook-up app. Apparently sponsored by the Human Rights Campaign, the ad says, “You can’t be with us in the hotel room and against us in the CPAC ballroom.”

Last year, Grindr told Broadly that usage increased in Cleveland around the Quicken Loans Arena during the weekend that the Republican National Convention was held. User also tended to be whiter: “When comparing Quicken Loans visitors to the Grindr community at large, the biggest trend is over-representation of white males. White men comprise only 40 percent of the Grindr community, but represent 75 percent of the visitors [at the RNC].”