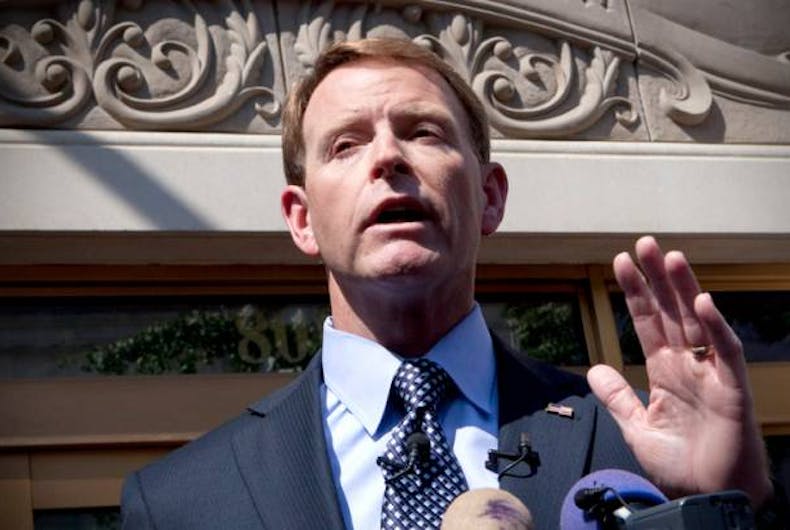 Tony Perkins, leader of the religious right group the Family Research Council, has released a press statement “thanking” Secretary of State John Kerry for putting together a list of accomplishments that President-elect Donald Trump can disassemble.

Some people have to-do lists. President-elect Donald Trump has an undo list. And thanks to Secretary of State John Kerry, most of it is already meticulously outlined in a new memo. The report couldn’t have come at a better time for conservatives, who have spent the last few weeks pointing out the social issue landmines left behind by eight years of Barack Obama. The State Department is Exhibit A, as two terms of global abortion and LGBT advocacy have left a trail of frustration in U.S. relations with other nations.

Of course, there have been a handful of people — including some Republicans — who’ve insisted that the agency has nothing to do with core values issues. Well, they don’t have to take our word for it — take John Kerry’s! He devotes 21 pages to his “accomplishments” at the department, many of which include his shared crusade with predecessor Hillary Clinton to export abortion and sexual liberalism to the “unenlightened” countries of the world.

Broadly, Kerry boasted of his efforts to promote LGBT extremism abroad with the appointment of Randy Berry, the first-ever envoy for people who identify as “LGBT and intersex.” Calling it “an unprecedented effort to defend the rights of LGBTI individuals,” the secretary explains that this agenda has been a “cornerstone of U.S. foreign policy” during Obama’s second term in particular.

Among other things, Kerry highlighted the administration’s role in “mobilizing international support for” three “historic” U.N. resolutions “embracing LGBTI rights.” As for the financial impact of Obama’s radicalism, the State Department also launched the Global Equality Fund in 2011, whose sole purpose is to advance (read: bully) other nations into embracing Obama’s twisted views of gender, marriage, and sexuality. In five years, the Fund spent “more than $33 million in 80 countries ‘in support of civil society efforts to advance the human rights of LGBTI persons.’”

As FRC pointed out last week, these social distractions all undermine and eclipse the department’s true purpose, which is to advance diplomacy and U.S. interests abroad. Unfortunately, the administration’s obsession with cultural extremism hasn’t just come at the expense of America relationships with other global leaders or taxpayer dollars. It’s also cost the agency any real progress on its statutorily defined priorities — like religious liberty.

Unlike the president’s off-mission social engineering, protecting and promoting our First Freedom is a stated goal of Congress for the department that was approved by the president in 1998 as part of the International Religious Freedom Act. As usual, the president couldn’t get Congress’s approval for his far-Left offensive, so he acted alone. Now, Secretary Kerry is bragging about the pursuit of an agenda the American people didn’t want.

With America’s reputation in tatters after almost a decade of this liberal propaganda, it’s no wonder conservatives are concerned and committed to eliminating them. The Trump administration has a right — and I would argue, a responsibility — to get the activists behind this destructive campaign out of the State Department. In the end, it’s not just inconsistent with American values, but the law.

Perkins has been calling for the Trump administration to purge the State Department of those supportive of LGBTQ rights.

A spokesperson for the Trump transition team told the Washington Blade the president-elect “campaigned on a message of unity in order to bring all Americans together” and said the suggestion that “discrimination of any kind will be condoned or tolerated in a Trump administration is simply absurd.”

On the positive side of the ledger, Tillerson is said to have been influential in helping end the ban on gay youth joining the Boy Scouts of America, for which he served as president from 2010 to 2012. The ban ended in 2014, with the ban on gay Boy Scout leaders ending the following year.

Tillerson faced his confirmation hearing today. It is at time of writing ongoing.

Kerry also apologized, via a statement posted on Monday to the State Department’s website, for discrimination against LGBTQ employees in the past, during the so-called “Lavender Scare.”