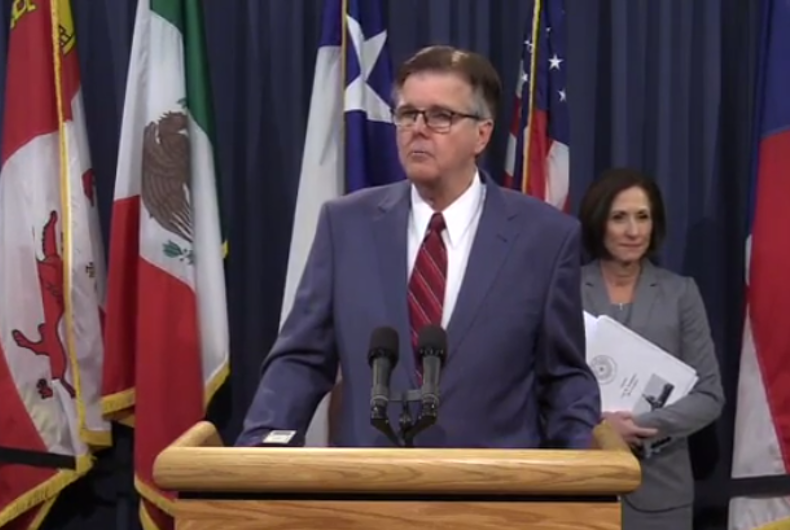 It would, if passed, prohibit transgender individuals from using bathrooms matching their gender identity in government owned buildings, while giving businesses the ability to choose their own policy regarding their facilities. A similar law in North Carolina, House Bill 2, is currently being challenged in the courts and has cost the state millions of dollars and hundreds of jobs due to boycotts. It also eliminated nondiscrimination ordinances passed by cities in the state.

Patrick has made passage of a “bathroom bill” a priority, even while many other prominent members of his party have been vocal in their reluctance.

Texas House Speaker Joe Strauss has said the issue “isn’t the most urgent concern of mine,” reports NPR. The business community is also standing in opposition, with the chamber of commerce and the Texas Association of Business both speaking out against the proposed legislation. TAB even held a press conference to call attention to their recent study, conducted by researchers at St. Edwards University in Austin, which estimated the move could cost the state upwards of $8 billion and 100,000 jobs.

“Transgender people have obviously been going into the ladies’ room for a long time, and there hasn’t been an issue that I know of,” Patrick previously said, reports KVUE. “But if laws are passed by cities and counties and school districts that allow men to go into a bathroom because of the way they feel, we will not be able to stop sexual predators from taking advantage of that law, like sexual predators take advantage of the internet.”

“After our success in stopping President Obama’s bathroom rules in court, states are now free to enact legislature of their choosing to protect privacy,” Texas Attorney General Ken Paxton said in a statement. “Texans should feel safe and secure when they enter any intimate facility, so I applaud the work of Lt. Gov. Patrick and state Sen. Kolkhorst for fighting to protect women and children from those who might use access to such facilities for nefarious purposes.”

“After having watched the debacle in North Carolina, it is shocking that the Lt. Gov. would be so intent on pursuing SB6,” Rebecca L. Robertson, legal for policy director for the ACLU of Texas said. “It’s unnecessary, discriminatory and inconsistent with the constitutional value of equal protection for all.  And that’s to say nothing of the havoc it will wreak on the Texas economy should it pass. Make no mistake — the invidious intent of SB6 is to deny transgender Texans the ability to participate in public life.”

Similar legislation was also filed this week in Kentucky and Virginia.

Watch Patrick and Kolkhorst introduce the legislation in a press conference below. The comments begin at around the nine minute mark, where Patrick begins, believe it or not, by quoting Dr. Martin Luther King, Jr.