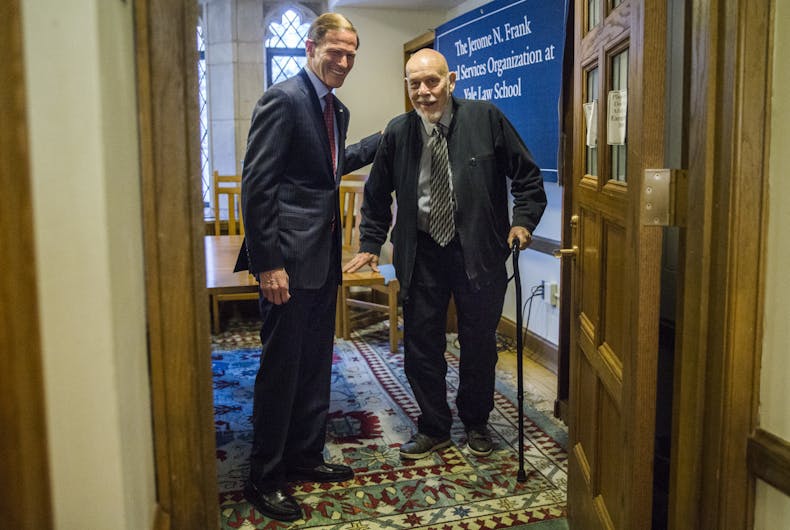 NEW HAVEN, Conn. (AP) — A 91-year-old veteran who was dismissed from the U.S. Air Force as “undesirable” in 1948 because he is gay has had that discharge status changed to “honorable.”

The move by the Air Force comes in response to a lawsuit filed in November by H. Edward Spires of Norwalk, Connecticut, who served from 1946 to 1948 as a chaplain’s assistant, earning the rank of sergeant.

Spires was forced out of the military in 1948 after an investigation into his sexual orientation.

Spires’ attorneys said he was originally denied the discharge upgrade after the repeal of the Don’t Ask, Don’t Tell policy in 2010 because the Air Force said his records had likely been lost in a 1973 fire.

The Air Force Board for Correction of Military Records informed Spires on Friday that the honorable discharge had been approved by the Air Force Review Boards Agency.

Spires’ attorneys have said he is in poor health and would like a military funeral, which the upgrade makes possible.

“The idea that this man of faith who served dutifully as a chaplain’s assistant in the armed forces, who built a life and a career that has brought joy to those around him, would leave this earth considered undesirable in the eyes of his country, it’s unthinkable,” Spires’ husband, David Rosenberg, said during a briefing on the case at the Yale Law School in November.