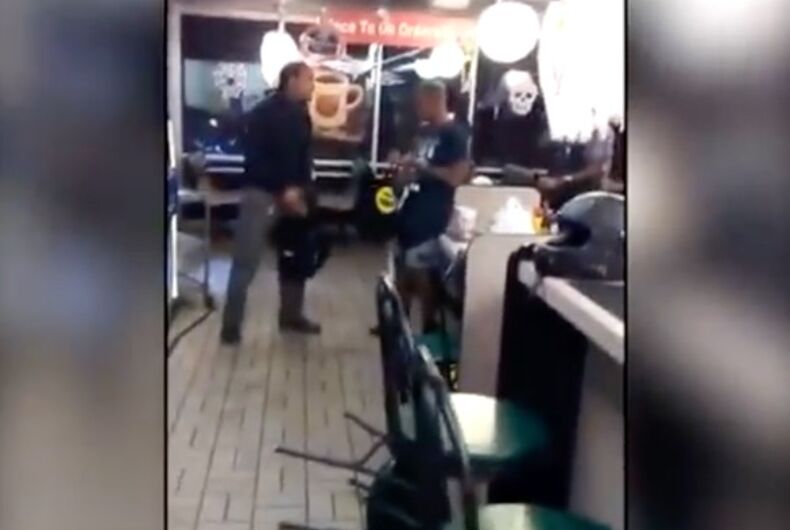 An undated video uploaded to YouTube on December 9 shows a terrifying attack on a young apparently gay man in a Waffle House restaurant. Another young man, who also appears to be gay, tries to intervene in the fight and it quickly turns into a brawl.

The video depicts the first two men arguing at the counter when the gay man is called a “Sissy boy” and gets sucker punched. The attacker continues his assault as the gay youth stumbles backwards in the restaurant and patrons flee and scream.

The third youth springs into action shortly after, bashing the attacker over the back with a chair and trying to pull him off the other youth. The three wrestle back and forth as patrons and staff beg them to break it up.

Details remain scarce on the location of the restaurant or if the attacked youths are okay. The story was first reported by a British LGBT blog that uploaded an edited version of the original footage to their own YouTube channel with advertising.

Watch the original unedited version of the video below. If you have any details on the attack, please contact the authorities.