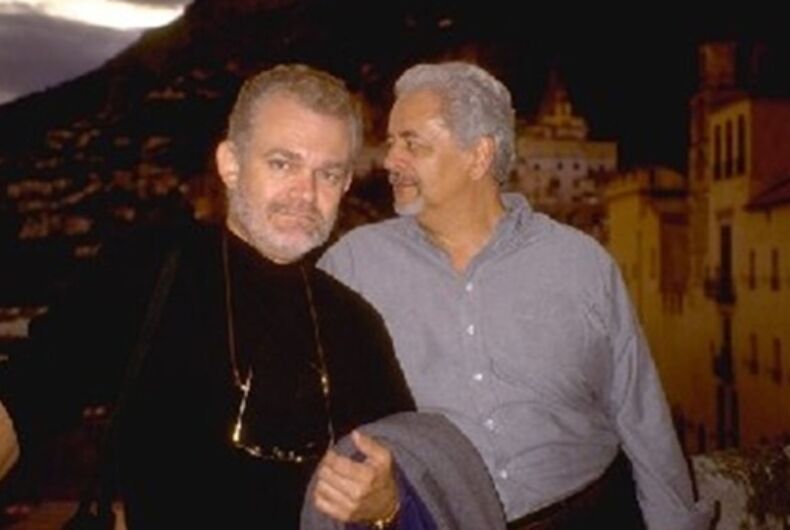 Roland Bosee Jr and Nino Esposito have been a couple since 1970.Photo:

PITTSBURGH (AP) — A Pennsylvania court is giving the OK for a gay couple to dissolve their 2012 adoption so they can get married.

The Pittsburgh Post-Gazette reported Wednesday that a Superior Court panel said state law permits an adult adoption to be dissolved when no one’s opposed.

Ronald Bosee Jr. and Nino Esposito have been together since 1970. Bosee is 68 years old and Esposito is 78. Esposito says he adopted Bosee when same-sex marriage was illegal in Pennsylvania to lower their inheritance tax and out of a desire “be a family of our own.”

Other gay couples used the maneuver to do the same before same-sex marriage became legal in Pennsylvania in 2014.

The couple’s lawyers call the ruling a victory for same-sex couples across the state.

The War on Christmas continues