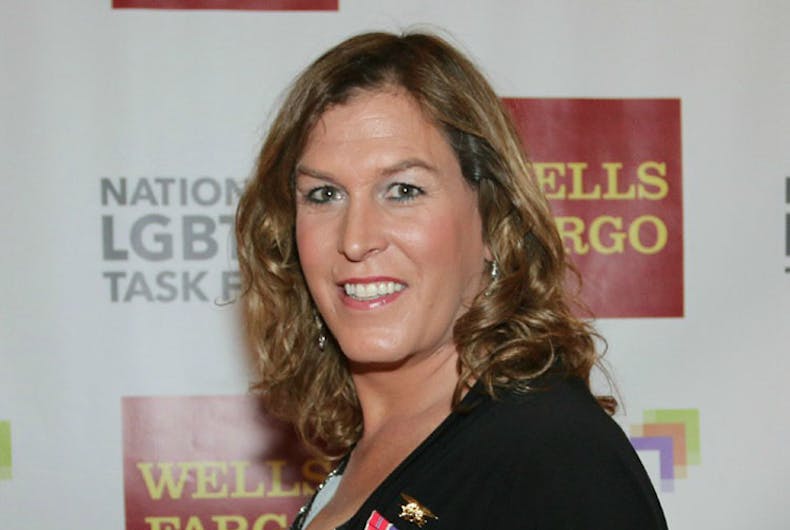 Kristin Beck is determined to serve her nation in some fashion, after retiring from the U.S. Navy’s SEAL Team Six and losing a bid for a Congressional seat. She’s confirmed to Military.com that she’s applied for a position in the administration of President-elect Donald Trump.

“I’ll carry their coffee if that’s what they want — just so I’m there, just so I’m visible and I exist, and so they see a veteran who is going through life who maybe they don’t understand,” Beck told Military.com. “Maybe with that understanding, they can build some compassion and they’ll understand what liberty means to me.”

Beck applied online at GreatAgain.gov, the website for folks who want to work in the new administration. And Beck tells her Facebook followers she is serious, and sought to explain in a post over the weekend what she meant by “carry their coffee,” writing: “The coffee comment was about teamwork.”

Beck is already working with the Transportation Security Administration to launch a TSA Ambassador program by which trans people and everyone else who flies can report problems they encounter at airport security checkpoints.

Although she ran as a Democrat to challenge Rep. Steny Hoyer in a failed primary bid earlier this year, Beck is not putting her party affiliation ahead of her willingness to serve our nation, as she tweeted, with a photo of Trump National Security Adviser Lt. Gen. Michael Flynn:

I will serve AMERICA and 'MERICA because I see the same #LIBERTY #LLTBhttps://t.co/8XyhJ8FXvJ pic.twitter.com/c2dZcnNW4a