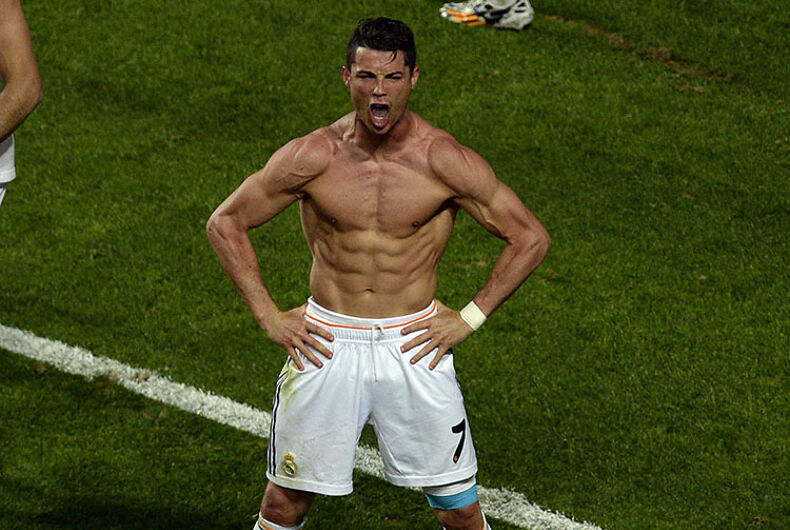 During a sportsball event in Spain called the Madrid derby, the devilishly handsome forward for the Real Madrid team — Cristiano Ronaldo — butted heads with Jorge Resurrección Merodio of the competing Atletico Madrid team.

It happened toward the middle of the match on Saturday, in the 63rd minute if you’re a futbol fan. And while it was clear the players exchanged words, it wasn’t until after the match that a radio reporter in the locker room learned what went down.

Here’s what the reporter for COPE overheard as Ronaldo relayed the “conversation” he had with Merodio — aka Koke:

“What are you going to do?” asked the teammate.

“Nothing, what am I going to do?” said Cristiano.

“Who said that?” asked another teammate who joined the conversation late.

“Koke, he called me a faggot,” Ronaldo said.

NewNowNext reported Ronaldo has been the target of homophobic slurs from players and opposing teams’ fans throughout his career.