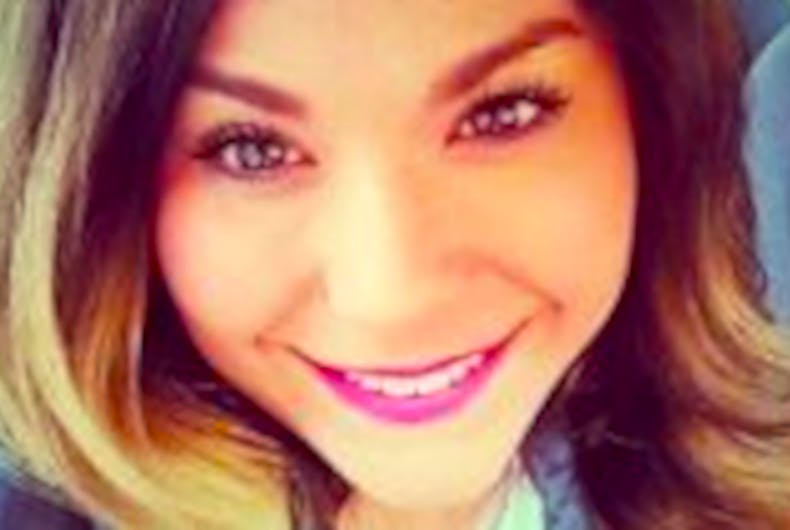 We have a name, folks.

The Chicago woman who was recorded going on a racist tirade against two black employees at a Michaels craft store over a $1 bag and another homophobic rant against a barista at a coffee shop in Boystown over a bottle of water has been identified. Social media sleuths have ID’d her as Jennifer Boyle.

According to the bigoted brunette’s now-deleted LinkedIn profile, she attended DePaul University and, ironically, used to work in Human Resources at Sinai Health System:

One commenter on the site You_Twitter claims to have worked with Boyle, describing her as “batsh*t, racist, crazy”:

She is just as nuts in person as this video depicts. From a legal perspective, I am not sure what I am or am not allowed to say; but I will leave it at this. EVERYONE was happy when they found out she was no longer welcome back.

Another person claiming to be a former co-worker echoed that sentiment:

When I worked at Sinai, I was her conduit for all of her mental anguish. On my last day, I warned everyone that was at my going away outing to be careful around her and that she was mentally unstable. After I left, she unleashed on everyone within the department. Even though “I told you so”s feel good for a moment, this is unprecedented.

Sinai Health System was quick to distance itself from the deplorable, posting on Facebook that Boyle stopped working there prior to the Michael’s incident and assuring people that “her views in no way represent those of our organization.”

It is unclear where or if Boyle is employed today.

Now, let’s take a look at how folks on Twitter are responding…

#jenniferboyle will be better off shopping at Hobby Lobby anyway

Well …#jenniferboyle wanted everyone to know she voted Trump. Your wish is the internet's command, sister.

My favorite part of the #JenniferBoyle saga-her yelling at Starbucks manager "I make $90K/year" & at Michael's she can't pay $1 for a bag.

Note to self: try to make it through life without your name becoming a hashtag. #JenniferBoyle

#JenniferBoyle Ooh girl you ARE trending at #19! 👏🏽👏🏽 How's it feel to be both infamous and jobless? Inquiring minds want to know.

#JenniferBoyle You know you really effed up when you delete your LinkedIn! Damn Jenny!

all #jenniferboyle had to do was buy the damn bag and go home pic.twitter.com/0FnbIVX5jR