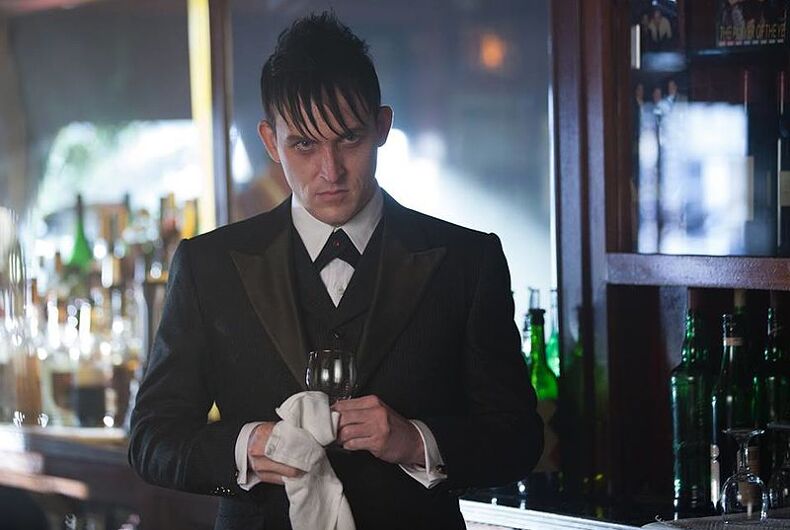 Robin Lord Taylor as The Penguin in "Gotham"Photo: FOX

Fans of “Gotham” who have a problem with a gay Penguin messing with canon are not going to get a sympathetic ear from the out actor who plays him. Robin Lord Taylor says he is pretty sure he has your number if that upsets you, but you are fine with things like Bruce Wayne and Selina Kyle being childhood best friends.

Taylor appeared at Rhode Island Comic Con this weekend where he called being upset over a gay Penguin “a bunch of horseshit.”

If you have a problem with that and not the other examples of breaking canon in the series it says more about you than it does about the show, he argued.

And then he dropped the mic.

He is not even entirely convinced that The Penguin is gay, arguing instead that he is “emotionally fractured” and that after the death of his parents he formed an obsession with the person who was nicest to him, which was Edward Nygma.

“I truly believe that had it been Barbara, or Tabitha, or Butch, regardless of if they were male or female, he would have had that same obsession,” he concluded.

Taylor came out as gay in October. He told Fuse that growing up overweight and gay helped him connect with The Penguin:

With The Penguin specifically, we’re very fortunate in that we have about 70 years of mythology to draw upon and do research with and that’s what I did when I got the role of The Penguin. That’s when I learned he was bullied as a child, he was always treated as an outsider. That was my human link to the character. I learned that and I was like, ‘This is something I want to show and root him down to reality.’ Growing up overweight and gay in small-town Iowa in the ’80s and ’90s—it was much different than it is now—and I know exactly what that feels like.

Watch his remarks in the video below.