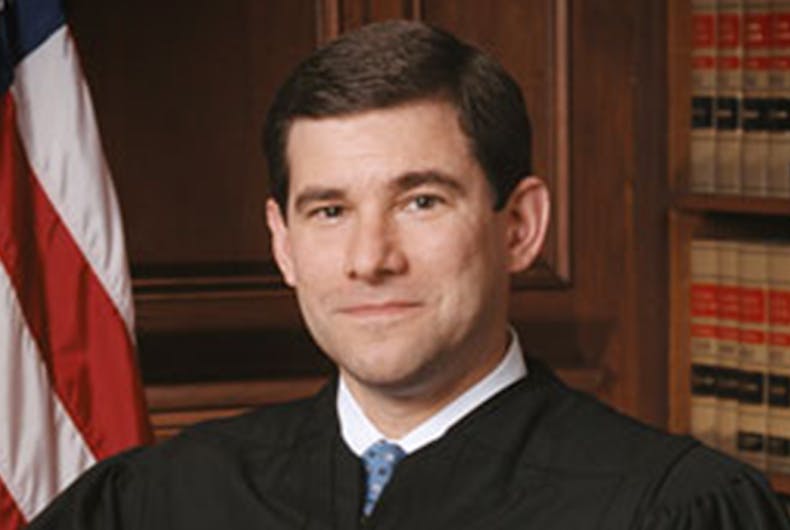 One of Donald Trump’s possible Supreme Court picks, William Pryor, is providing ample reason to question the veracity of his claim that he won’t try to overturn same-sex marriage, despite once claiming that was his intention.

Judge Pryor wrote in a 2003 legal brief arguing for upholding a Texas law, Lawrence v. Texas, criminalizing consensual adult LGBTQ sex, comparing it to  “polygamy, incest, pedophilia, prostitution, and adultery,” and saying that gay people’s rights are not covered by the Constitution. The law was struck down by the Supreme Court in 2003.

“This Court [the Supreme Court] has never recognized a fundamental right to engage in sexual activity outside of monogamous heterosexual marriage, let alone to engage in homosexual sodomy,” he added. “Such a right would be antithetical to the ‘traditional relation of the family’ that is ‘as old and as fundamental as our entire civilization.”

He also argued that there were “severe physical, emotional, psychological, and spiritual consequences” to non-heterosexual sex from which Texans needed protection.

Trump considering Pryor for the court has restarted old rumors questioning whether a nude photograph of him, sporting an erection and looking into the camera, appeared on a gay adult website, badpuppy.com, in the late 1990s.

Pryor told law blog Legal Schnauzer that the photograph is not of him.