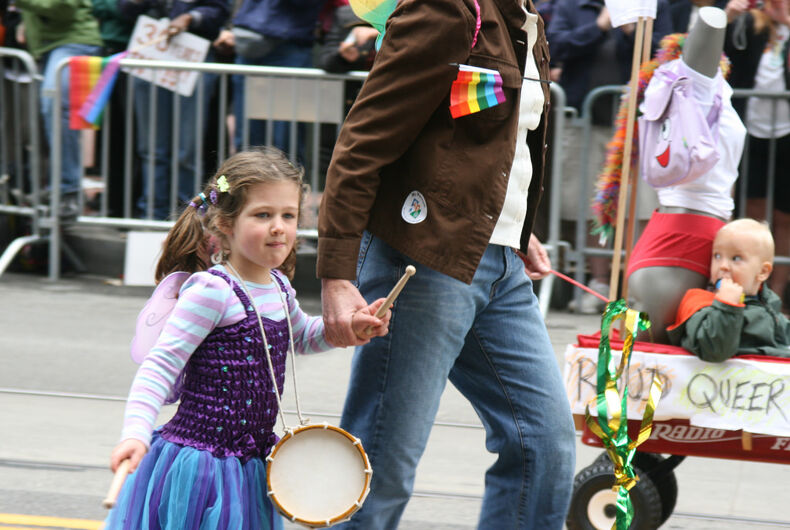 Despite what the haters may say, science has shown once again that gay and lesbian parents are just as good at raising happy, healthy children as straight parents.

Children’s behavioral issues are not impacted by the sexual orientation of their parents, but rather by parenting stress and other child adjustment issues, according to findings from a longitudinal study published in Developmental Psychology this month.

“In these adoptive families diverse in parental sexual orientation, as has been found in many other family types, family processes emerged as more important than family structure to longitudinal child outcomes and family functioning,” explained the study’s author, University of Kentucky assistant professor and psychologist Rachel H. Farr. “Regardless of parental sexual orientation, children [in the study] had fewer behavior problems over time when their adoptive parents indicated experiencing less parenting stress.”

The study is believed to be the first to follow children adopted by lesbian, gay, and heterosexual parents from early to middle childhood, Science Daily reports.

“Longitudinal research [like this] offers insight into what factors may be the best or strongest predictors of children’s development, over and above information that can be gathered at only one time point,” Farr explained in a release.

So, if having two mommies doesn’t screw kids up, what does? Parenting stress.

“Family processes emerged as more important than family structure to longitudinal child outcomes and family functioning,” she explained, adding that her research showed “no differences among family types.”

Farr said she hoped the research would inform public debate about adoption rights for same-sex parents.

“These results, which support many positive outcomes among adoptive families headed by lesbian, gay or heterosexual parents over time, may be informative to legal, policy and practice realms,” she said.