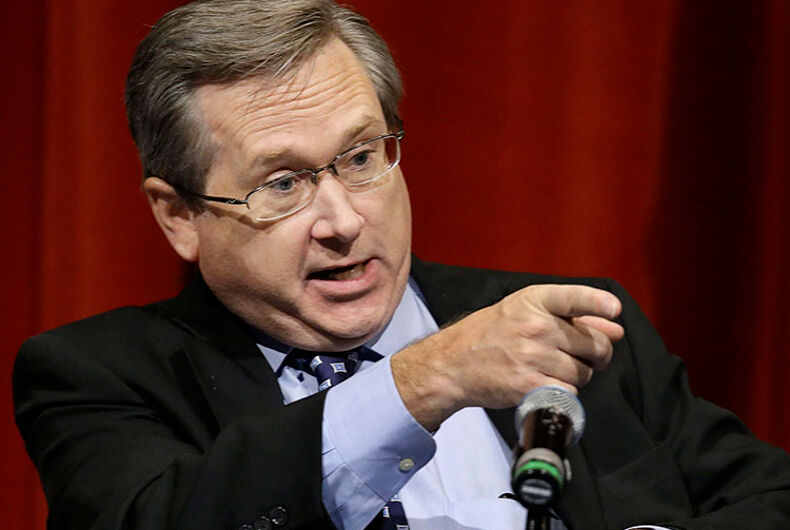 UPDATE: On Saturday, the Human Rights Campaign revoked its endorsement of Sen. Mark Kirk and switched its support to Rep. Tammy Duckworth, after a vote by its leadership. For details, click here.

After a tweet by the Human Rights Campaign calling on Republican Sen. Mark Kirk to apologize for mocking his Democratic opponent, Rep. Tammy Duckworth, her immigrant background and her family’s history of military service, Kirk did just that, with a tweet of his own,

In a Twitter post Friday, Kirk wrote: “Sincere apologies to an American hero, Tammy Duckworth, and gratitude for her family’s service.”

Sincere apologies to an American hero, Tammy Duckworth, and gratitude for her family's service. #ilsen

The apology comes the morning after their Senate debate Thursday in Springfield, Ill., in a race that is unusual in itself in that both candidates are disabled. Duckworth spoke proudly of how her family has “served this nation in uniform going back to the Revolution.”

Kirk quipped he had “forgotten (that her) parents came all of the way from Thailand to serve George Washington.” Watch the clip below from NBC News:

Duckworth, a native of Thailand, has a mother of Chinese descent and a father who first went to Southeast Asia to serve with the U.S. Marines in Vietnam. It is he who traces his heritage to the Revolutionary War, as revealed in a 2002 profile in Mother Jones.

Could this be the last race for this antigay GOP congressman?