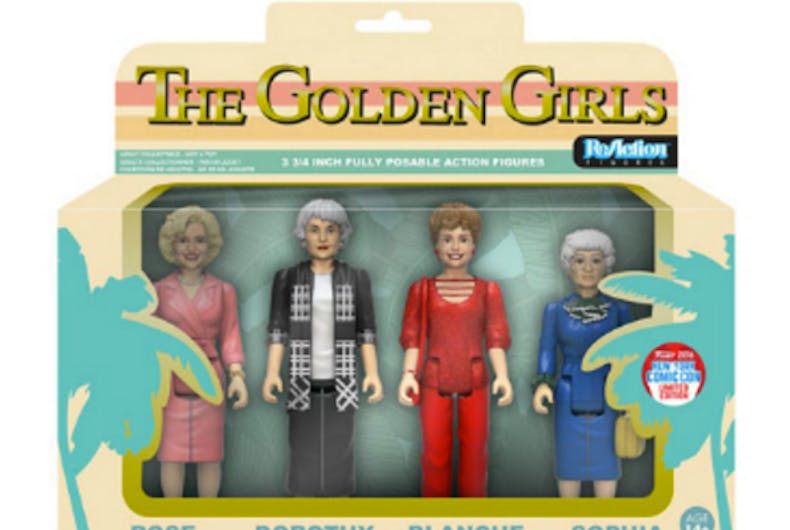 Some superheroes wear capes and masks, others wear shoulder pads and bifocals. Nerds understand these things.

“The response to our ‘Golden Girls’ products has been wild,” Funko’s marketing director, Mark Robben, told ABC News. “We almost weren’t prepared for the excitement. We created these as a passion project initially, and were blown away when it started trending on social media.”

They appear to be the first action figures depicting the “Golden Girls,” though celebrity doll maker Alesia Newman-Breen has created a remarkably lifelike set of figures of the beloved characters, which now belong to a lucky collector.

Funko gives credit for the figures’ popularity where credit is due—to Dorothy, Blanche, Rose and Sophia.

“The show was ahead of its time and it clearly resonates today,” Robben said.

While the action figures are only available at NYCC for now, Nerdist notes that former “exclusive” items have made their way to retailers like Toys R Us and Hot Topic eventually.