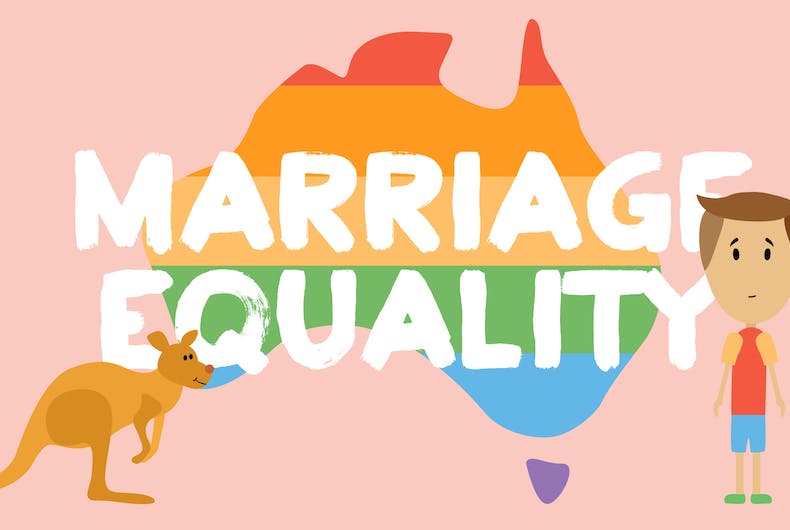 CANBERRA, Australia (AP) — A majority of Australians support gay marriage, an opinion poll on Wednesday showed, but they do not back the government’s plan to hold a national vote on whether it should be allowed.

Prime Minister Malcolm Turnbull’s government argues that its election victory in July gave it a mandate to hold a non-binding national vote known as a plebiscite in February to decide whether same-sex marriage should be legalized.

But the poll published in The Australian newspaper showed that only 39 percent of voters thought there should be such a plebiscite, while 48 percent said lawmakers should decide the issue without a national vote. Another 13 percent of respondents were undecided.

The poll also showed that 62 percent of respondents were in favor of marriage equality, 32 percent were opposed and 6 percent were uncommitted.

The poll was a national survey of 1,662 voters last weekend. It had a 2.4 percentage point margin of error.

The poll bolstered the opposition Labor Party’s stance after it signaled it is likely to decide to scuttle the plebiscite when its lawmakers settle their policy position at a meeting on Oct. 11.

The conservative government needs opposition support to get enabling legislation for the plebiscite through a hostile Senate.

Parties that support gay marriage, including Labor, argue that the plebiscite was proposed by hard-right conservatives who want it to fail.

They argue that Parliament should dec+ide the issue and avoid a divisive public debate.

Turnbull has described the 170-million Australian dollar ($130-million) cost of the plebiscite as the price of democracy.

The plebiscite would carry no legal weight and Parliament would still have to approve legislation to allow gay marriage. Some conservative lawmakers have said they would vote against gay marriage regardless of the plebiscite outcome.

California bans employees from traveling to states with anti-LGBT laws