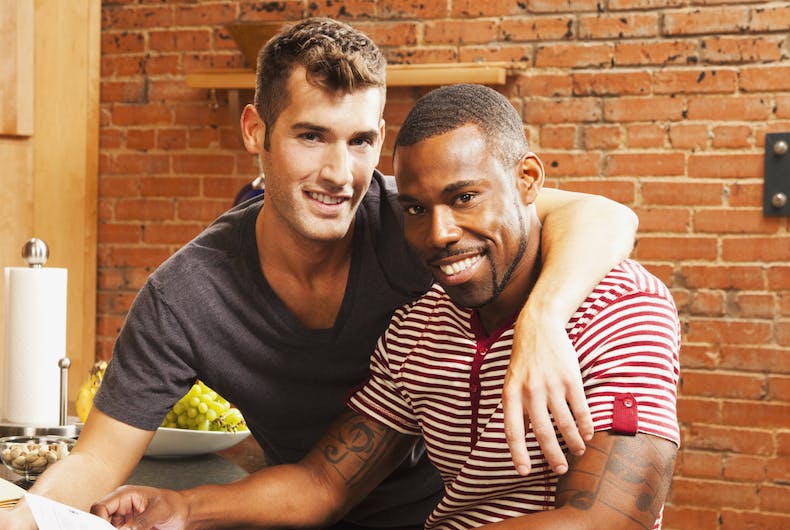 A new study has found that a surprising number of same-sex couples employ traditional gender stereotypes when dividing up household chores.

The study, titled “Making Money, Doing Gender, or Being Essentialist? Partner Characteristics and Americans’ Attitudes Toward Housework,” was conducted by Indiana University and surveyed over 1,000 people. Researchers learned that gender stereotypes play a large part in how same-sex couples determine who does what around the house.

Respondents were given information about either a heterosexual or same-sex couple, including each person’s occupation and income level, as well as their hobbies and interests. They were then asked to assign tasks between each of the same-sex partners.

Chores traditionally associated with females (i.e. cooking, cleaning, caring for the kids, etc.) were generally given to the more “feminine” partner, while traditionally male tasks (i.e. taking out the trash, car maintenance, and other DIY household tasks),  were typically assigned to the more “masculine” partner.

“People relied on information about gender to guide their beliefs about what people should be doing,” said sociologist Natasha Quadlin, of Indiana University. “Surprisingly, that theme extended to same-sex couples.”

According to the study, 66 percent of respondents believed the more feminine partner should be in charge of  grocery shopping; 61 percent believed that partner should also cook; and 58 percent said they should clean the house and do the laundry.

Additionally, 62 percent of respondents said they expected the more feminine partner to look after the kids, and 60 percent said the more feminine spouse ought to be in charge of meeting the children’s emotional demands, as well.

On the flip side of all that, 67 percent of respondents said they believed the more masculine partner should be in charge of car maintenance and all outdoor chores.