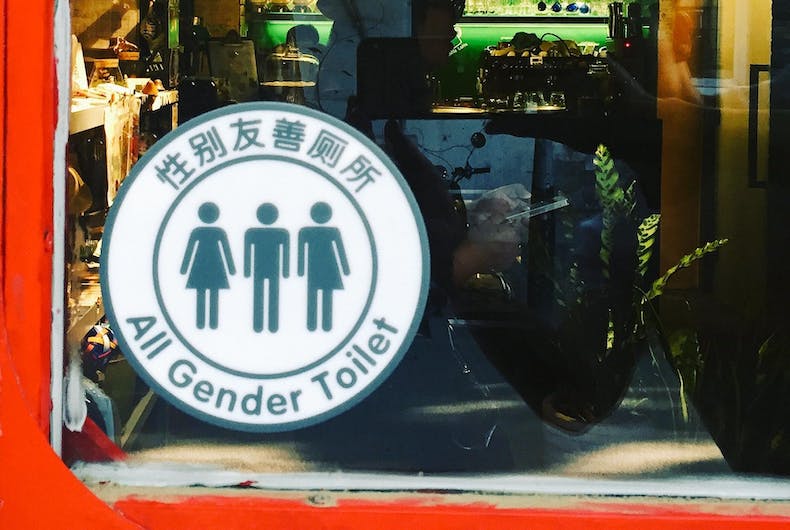 Without a single protest, boycott or lawsuit, China’s capital city has rolled out a transgender-affirming program to highlight nearly two dozen single-use, gender-neutral bathrooms that have been serving Beijing since May.

Unlike the backlash that ensued when Target announced its bathrooms were open to everyone according to their gender identity, local officials have not encountered any opposition, even though the government does not recognize transgender as a valid form of identity.

“Our main goal with this project is to raise public awareness of gender diversity and equality issues,” said Martin Yang, according to Gay Star News. Yang is the program’s founder and represents the Beijing Gender Health Education Institute.

Public awareness is necessary, Yang told journalists, because even though there’s been no public outcry, trans people are still met with harassment and mistreatment. He said it’s a common problem for trans Chinese and even for other members of the LGBTQ community.

“It has even happened to me,” Yang said. “I used to have long hair, and because I’m so petite, when I went into the men’s room, guys would get visibly uncomfortable and quickly leave.”