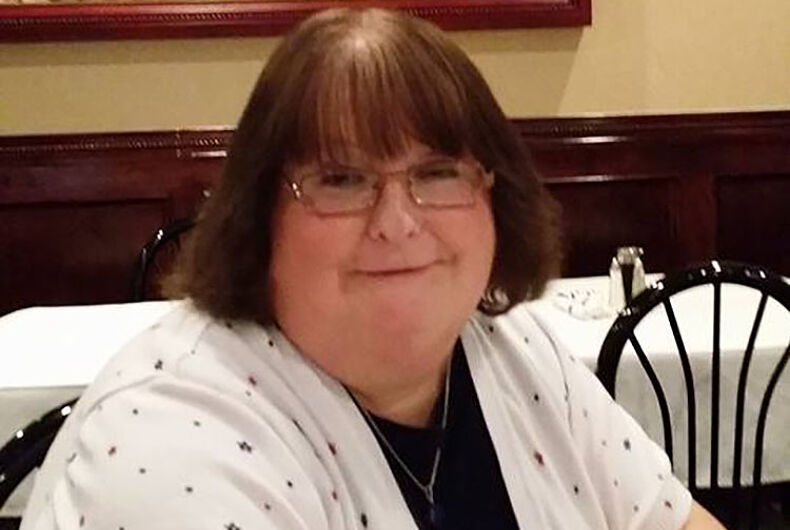 A judge in Detroit has sided with a business that fired a transgender woman, ruling R.G. & G.R. Harris Funeral Homes did not violate the law when it fired Aimee Stephens after she announced that she’d be dressing in gender appropriate attire as part of her transition from male to female.

In his opinion giving the funeral home summary judgement and tossing out Stephens’ lawsuit, U.S. District Judge Sean Cox wrote that the civil rights of the funeral director and embalmer who had worked for the Garden City, Mich. based business for six years did not supercede the religious freedom of the funeral home’s owners.

Stephens filed a complaint with the Equal Employment Opportunity Commission, which sued the funeral home in 2014 — one of two landmark cases that were the first lawsuits brought by the EEOC against private employers on behalf of fired trans employees.

The EEOC claimed the funeral home violated Title VII of the Civil Rights Act of 1964, which prohibits employment discrimination on the basis of gender stereotyping. Attorneys for R.G. & G.R. Harris said the owners had a religious right to fire Stephens, argued that she was biologically male and that she violated a dress code requiring men to wear suits.

“The court finds that the funeral home has met its initial burden of showing that enforcement of Title VII, and the body of sex-stereotyping case law that has developed under it, would impose a substantial burden on its ability to conduct business in accordance with its sincerely held religious beliefs,” Cox wrote.
Jillian Weiss, Executive Director of the Transgender Legal Defense and Education Fund, told reporters this ruling may set a devastating precedent for transgender Americans.

“In ruling that an employer can force its employee to wear ‘gender neutral’ clothing because of the employers’ religious beliefs, the federal court has ignored both Supreme Court and appeals court rulings that correctly understand gender discrimination to be as illegal as sex discrimination. It would be sad indeed if we are to go back to the days in which people could be forced to conform to outmoded masculine and feminine stereotypes in order to keep their jobs.”