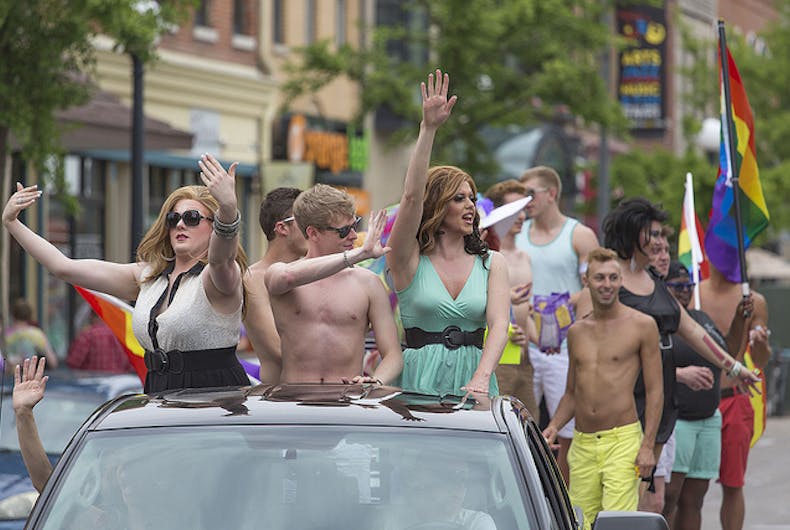 DES MOINES, Iowa (AP) — Iowa boards overseeing doctors and psychologists considered Friday whether to adopt a policy that would ban state-licensed professionals from counseling gay, lesbian, bisexual or transgender children to change their sexual orientation in a practice known as conversion therapy.

The Iowa Board of Psychology on Friday voted to deny a petition that would have prohibited Iowa licensed mental health providers from trying to reverse a patient’s sexual orientation, said board spokeswoman Sharon Dozier. She declined to discuss the reasons, saying the board will release its full decision later.

The petition submitted in February was signed by 695 people. It said a third of LGBTQ individuals report they were sent outside the home to a therapist or religious leader to “cure, treat or change their sexual orientation.”

An Iowa Board of Medicine committee declined to take action Friday on the ban. Committee Chairman Ronald Cheney said the group needs further study before making a recommendation to the full board.

The board, which licenses and regulates medical doctors in Iowa, also was petitioned in February. The board denied the petition in April, saying it needed more information and assigned the four-member committee to study it.

The issue has become controversial, and the Obama administration in April called for an end to the practice.

A group of pastors is suing Illinois over its law, contending in a Thursday filing that the prohibition violates free speech and religious rights.

Illinois’ law applies to therapists and other licensed counselors, but the portion of the law that concerns pastors makes anyone liable for consumer fraud if they practice or advertise conversion therapy that portrays homosexuality as a mental disorder.

The Iowa Senate passed a bill earlier this year but it was not considered in the House.

The Board of Medicine committee on Friday heard from a doctor who said conversion therapy has been shown to be harmful to children.

Dr. Katie Imborek, who runs the LGBTQ Clinic at the University of Iowa, said she’s seen more than 300 patients since opening in October 2012 and may need to expand.

She said she doesn’t believe Iowa doctors or psychologists perform conversion therapy but that it’s possible some may refer patients to individuals who do.

“It seems like there are still folks in Iowa that are looking for that and they are going to licensed psychologists or therapists trying to seek those services,” she said. “It’s clear that this is something that continues to be talked about and continues to be offered.”

The committee also heard from members of a Christian organization that opposes the ban. They said such a policy steps beyond medical concerns and into religious and spiritual matters.

“Many people hold different views, and when we as a board or we as a state seek to step in and limit a very large section of the population that holds a certain view of sexual ethics, I think that’s dangerous and it’s wrong,” said Nathan Oppman, a spokesman for The Family Leader, a Des Moines based group that opposes gay marriage and other gay rights, abortion and the spread of gambling.

© 2016, Associated Press, All Rights Reserved.
This material may not be published, broadcast, rewritten, or redistributed.
News
Conversion Therapy, Iowa, Iowa Board of Psychology, mental health