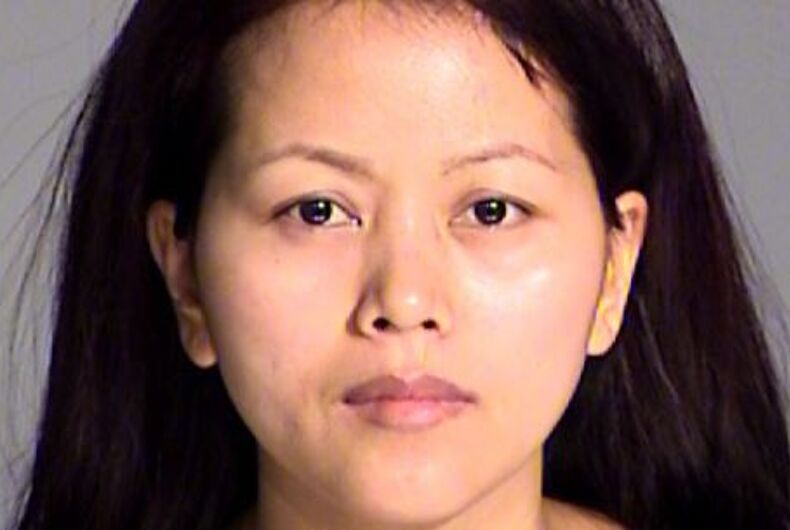 Indiana mother Kin Park Thaing may get away with severely beating her son with a coat hanger after she cited the state’s new “religious freedom” law as justification for the abuse. The law says the government may not infringe on a person’s religious liberty without a compelling interest.

Thaing, a recent immigrant from Burma, says her evangelical faith teaches her the word of the Bible is absolute. She quoted two passages to back up her claim, one that says a parent who “spares the rod, spoils the child,” and another which says “Do not withhold discipline from a child; if you strike him with a rod, he will not die. If you strike him with the rod, you will save his soul from Sheol.”

“I was worried for my son’s salvation with God after he dies,” Thaing told the court according to the Indianapolis Star. “I decided to punish my son to prevent him from hurting my daughter and to help him learn how to behave as God would want him to.”

Thaing said she caught her son doing something that could have endangered his younger sister. She beat both children with a plastic hanger and told them to pray for forgiveness.

After a teacher noticed bruising on the child, she notified authorities. Child welfare authorities found 36 separate bruises on the boy, including ones in the distinctive shape of a clothes hanger’s hook.

Marion County Deputy Prosecutor Matt Savage dismissed the request to invoke a religious exemption from the state’s child abuse laws, writing in a court filing that the beating “(goes) beyond these religious instructions she cites from the Bible.”

“When perpetrators of violence against children are prosecuted and ultimately punished,” Savage wrote, “the government protects … the community in general.”

Whether or not the court accepts Thaing’s religious defense, she could still get away on the charge. A previous ruling by the Indiana Supreme Court allows parents to use items like cords, belts, and possibly coat hangers to punish their children.