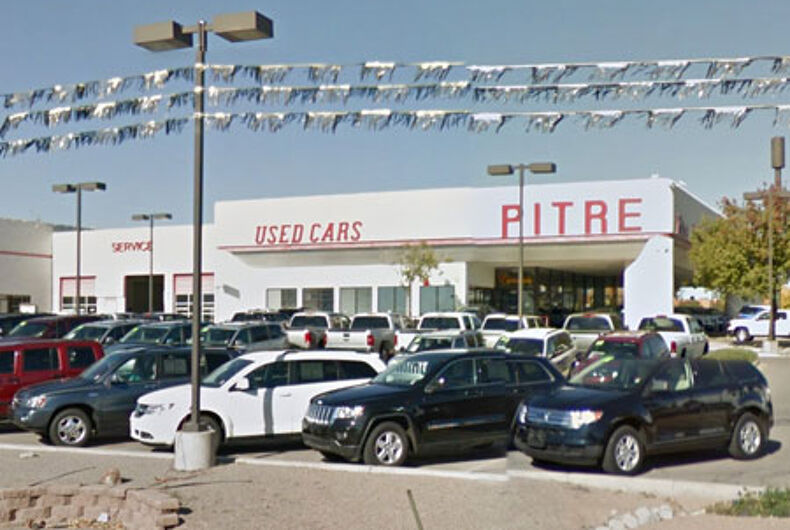 ALBUQUERQUE, N.M.– An Albuquerque automobile dealership has agreed to pay $2 million to settle a lawsuit alleging that dozens of male employees were subjected to same-sex sexual harassment and retaliation.

A consent decree settles a 2011 lawsuit filed by the federal Equal Employment Opportunity Commission against Pitre Inc., which does business as Pitre Buick.

The consent decree was filed in court Thursday and announced Tuesday by the EEOC.

The EEOC’s lawsuit alleged that managers subjected employees to sexual harassment that included solicitations for sex as well as grabbing, touching and biting of workers. It also alleged that Pitre retaliated against workers who objected.

The company continues to deny the allegations, including that it created a hostile work environment. It said in the decree that its lawyers signed that it agreed to the settlement “solely to avoid the costs and uncertainties of trial.”

The EEOC said over 50 men will receive benefits such as back pay and compensatory damages from the settlement.

The settlement included requirements for corrective policies, the hiring of a monitor and a permanent ban on Pitre again employing five named individuals.

Graveyard exclusively for lesbians being inaugurated in historic Berlin cemetery